Sometimes you just don't get much done.

Today was not a day of great accomplishments.  I'm having a crazy allergic reaction to what I'm guessing is something I ate.  I know I'm allergic to pineapple but I definitely didn't eat any on purpose this weekend.  Regardless, the extra strength benedryl is sapping all of mine.  I did manage to get the pieces for the March Sugar Block Club block all cut out so the evening isn't a total loss.  It'll give me something to look forward to doing tomorrow.  I've been on flickr already and am liking what I am seeing!

So back to the weekend.  I went on a Mystery Bus Shop Hop on Saturday with my grandma and some quilting ladies.  It was actually quite fun.  We started out at one of the closest quilt shops around that carries a multitude of modern fabrics.  Sew Sisters is actually one of my default shops.  We left there at 8:30 knowing we could come back at the end of the day and knock ourselves out at their rather large, newly expanded and awesomely organized store 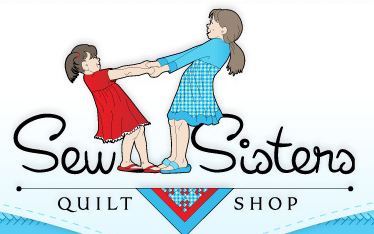 The great thing was that I got to go to a few places I had never been before.  Our first stop was the Ultimate Sewing Centre in Oshawa.  I think it might have been my first time to Oshawa -- even though its just down the highway.  I never get out that far east.  The store wasn't bad.  There were loads of patterns and notions and a great selection of Kona solids.  Its too bad I wasn't yet awake enough to want to buy anything.
The next stop was Thimbles and Things in Orillia.  There was a fair mix in here.  Some traditional and some modern.  I saw an amazing modern quilt hanging on the wall - lots of finely quilted negative space and mostly solid colours.  I bought a cool layer cake here.  I'll show you later. 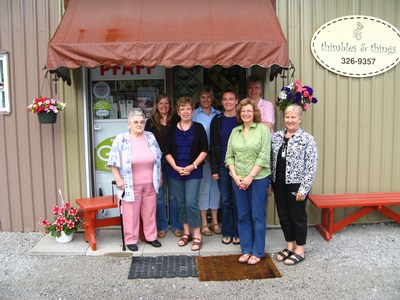 The next stop was Country Concessions in Cookstown.  I like this store a lot.  I have been to it many, many times.  The best part of this store was the intense number of Amy Butler Home Dec weight fabrics that they had on sale for 8.99 a metre!  That's INSANE!!! 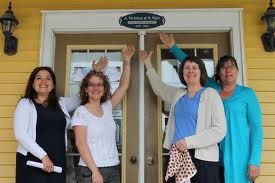 I could have cleaned them out of stock except that I have a pile at home already, waiting to be made into a weekender bag for my mom.

After Country Concessions, we came back to the T-dot and finished up at Sew Sisters.  This is where I finished my fat quarter collecting and got the Kona solid backing for my new project.  I cannot WAIT to get cracking on it!  Yay, March Break!  I'm glad it was the last stop mostly because I know I could do some SeRiOuS damage in that store.  They have a room FULL of fabrics that are all priced at 6.99 a meter.

Anyhoo, I didn't take very many pictures, mostly because I only had one coffee and wasn't alert enough to recognize I should until we were at the third store.  Whoops!

I liked the concept of the Mystery Tour.  I got to hit shops I had never seen before and didn't have to do any of the driving.  Will have to modify this with some friends in the summer and do our own little mystery shop hop.

I clearly need to win the lottery.
Posted by Crissa at 18:33