Its like a bonus long weekend - except better - because you had a full day planned but now you have nothing to do but stay cozy in your house working on stuff you otherwise might not have had time to get to.  Epic!

So I initially thought that I wanted to get cracking on that new Lucky Stars BOM but then I realized I need a few more colours (hopefully solids) to finish my planned colour-scheme and there was no way I was going outside in all this snow.  Then, I thought about starting something new but realized if I get one more project out without getting some crud outta me sewing space I won't have room to breathe.  Sigh.  Time to dive into those works-in-progress.

First up was that tiny cuddle-quilt I was making for my guild.  My, oh my, is that thing bright!  I finished sewing the rows together... 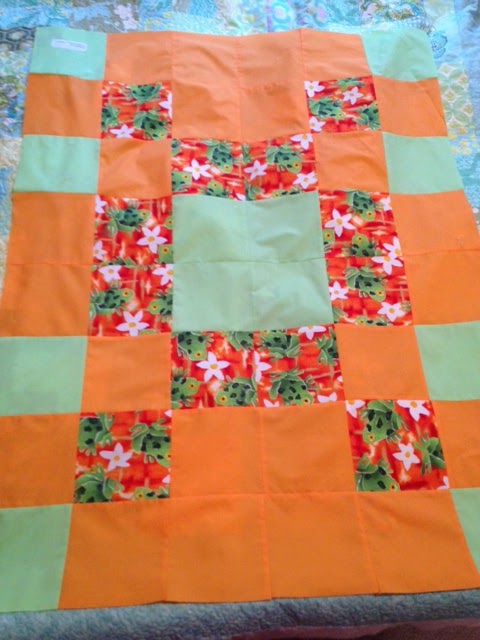 Then I thought I would just finish it off altogether.  I stacked my layers for the flip-and-turn method suggested and spray basted and then sewed all the edges together.  Then I went to flip and F*&K!!!  Apparently in my euphoric snow-day induced haze, I interpreted right side UP as right side DOWN.  Sheesh.  Soooo, out came the trusty seam ripper (my friend L must be a little giddy over this) and I had to rip out ALL the seams.  Yup.  ALL.  *&T*^*(%*&)(%%#@^%$&%&*!!!!!! 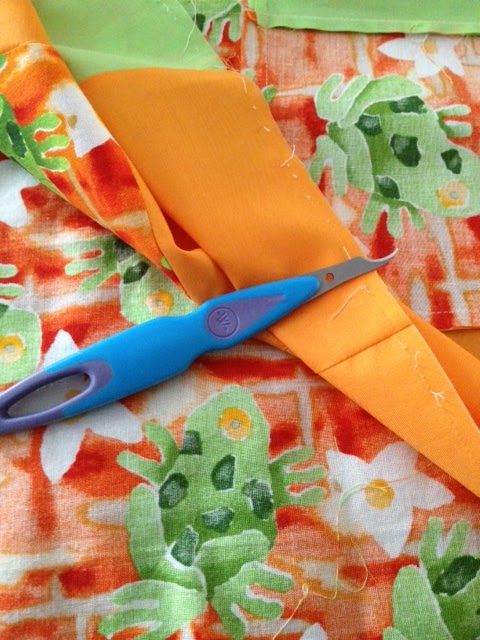 Well, after taking a sanity break, I put it all back together the RIGHT way.  Here she is, ready to be given to the guild... 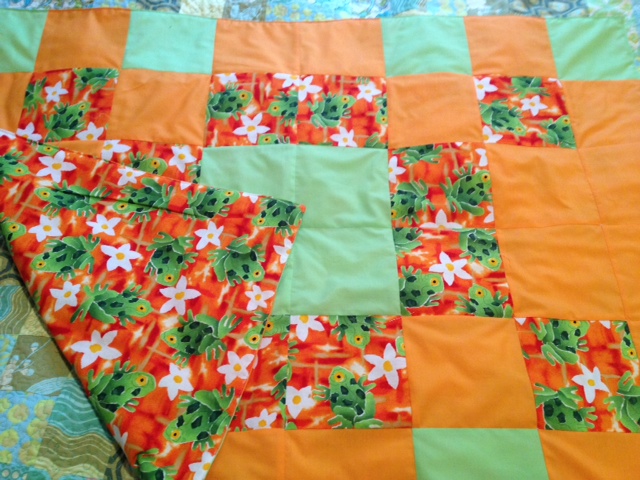