On Saturday I made the February block for the Lucky Stars BOM.  The difference between my strategy for February and January was not to cut out the pieces for the small blocks in advance for this second month.  I had SOO many giant scraps from making the January block that this time, I wanted to see if I could make the small block out of the scraps I generated from making the big one.  Well, I was able to do it!
At the end of the process, these were still the scraps I had left - this is after making both large and small blocks from the same fabric pieces required from the instructions: 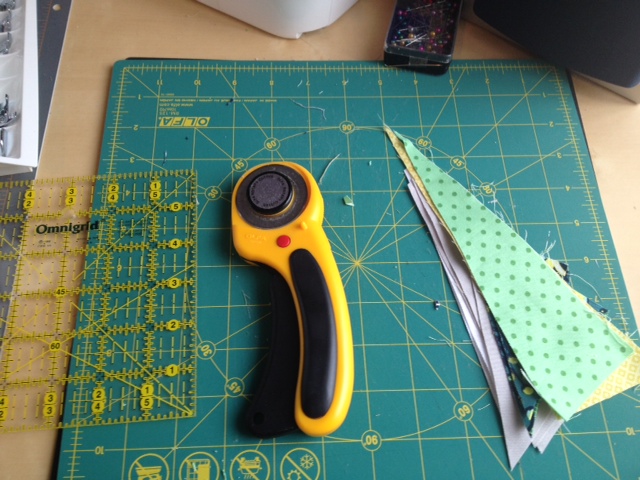 Not bad.  Still some giant pieces but way better than after I finished the large.

So I went back to make a mini version of the January block from the scraps I had generated from making the full-sized one:

Unfortunately, because I followed all of the instructions, this is what is leftover from what was cut from January.  A bit of a waste in my eyes: 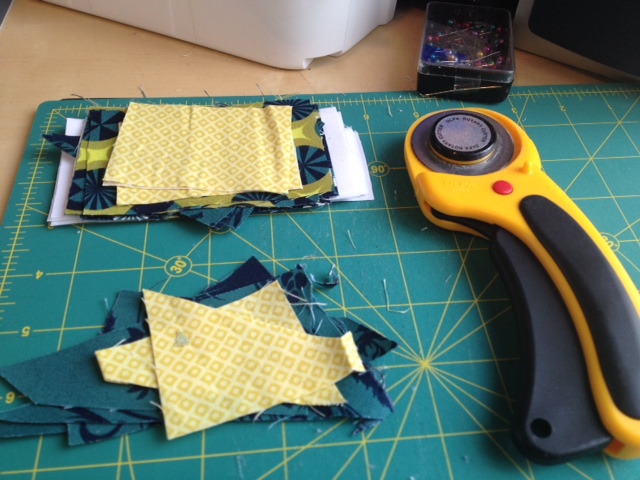 The silver lining though, is that now I know I can save fabric over the next ten months by only cutting whats required for the big block and using the leftovers to make the mini's.  Good thing I caught on early!
Posted by Crissa at 12:29